You are here: Home / Aaron Rodgers

Aaron Rodgers is one of the most well recognized football players in the NFL. When you think of Green Bay Packer All-Time Greats, he immediately comes to mind, even though he is still currently an active player.  This should tell you how important he is and how amazing of a career he’s had for the Packers!  Since taking over the job from Brett Favre, he’s been dominating the NFL’s NFC North Division. Rodgers is widely regarded as the top quarterback in his division and one of the best in the NFL. At the time of publishing, Rodgers is currently 35 years old. Rodgers stands at 74 inches or 1.88 meters tall. Rodgers currently is estimated to weigh 225 pounds or 102 kilograms.

Aaron Rodgers was born on December 2, 1983, in Chico, California. Rodgers mother is Darla Leigh Pittman Rodgers and his father is Edward Wesley Rodgers.

Whenever Rodgers was 10, he and his family relocated to Beaverton, Oregon. He first attended Vose Elementary School where he finished his time in elementary school. Once again, Rodgers was not yet enamored with football. Instead, he continued playing basketball and baseball.

The Rodgers family relocated once again, this time back to Chico, California. While in Chico, Rodgers attended Pleasant Valley High School. During his high school years, Aaron’s focus shifted from basketball and baseball to football. He joined the team as a skinny, unknown quarterback. Throughout his first two years, Rodgers played sparingly. However, during his last two seasons, Rodgers exploded on to the scene. Throughout his Junior and Senior campaigns, Rodgers started all of his team’s games at Quarterback.

During his Junior and Senior seasons, Rodgers put up fantastic numbers. Over his two seasons of starting, Rodgers recorded 4,421 passing yards. Additionally, Rodgers broke a school record for all purpose yards in 2001, posting 2,466 all purpose yards. In 2002, Rodgers graduated from Pleasant Valley High School

Unfortunately for Rodgers, he was not heavily recruited despite his gaudy numbers. He received little division 1 scholarship interest. This was largely because of his slight frame. He stood at only 70 inches (1.78 meters) and 165 pounds (75 kilograms) at the time.

Moving on to Aaron’s college years, football was not a significant part of his life in the beginning. After experiencing rejection from all major programs, Rodgers was set to pursue other ambitions. In fact, he considered pulling out of football to pursue a degree in law. However, Rodgers was soon recruited by a community college that would change everything.

Rodgers was presented the opportunity to play at Butte Community College in Oroville, California. Rodgers accepted this opportunity and had an immensely successful Freshman campaign. Aaron led his team to success, boasting a 10-1 record while being ranked the second best team in the nation at the community college level. On an individual level, Rodgers was phenomenal. He threw for over 2,400 yards, while posting 26 touchdown passes in his lone season at Butte Community College.

This sudden success put Rodgers on the radar of a few division 1 schools. One of these schools was the University of California. The current coach of the California Golden Bears, Jeff Tedford, watched Aaron at Butte Community College. Tedford saw the accuracy, arm strength, intangibles and improved physical stature that Rodgers possessed. Although Rodgers was raw, Tedford saw immense potential, leading Tedford to offer Rodgers a scholarship offer to the University of California.

Rodgers accepted Tedford’s offer, meaning he was headed to the University of California. Because of Aaron’s excellent academic prowess, he was granted the ability to transfer after only one year of community college rather than two.

In his first season playing division 1 football at the University of California, Rodgers had the look of an inexperienced albeit extremely talented quarterback. However, Rodgers quickly progressed, and after a few games, was named the team’s starting quarterback. During his first season at California, Rodgers posted excellent numbers, passing for over 2,900 yards, 19 touchdowns and only five interceptions.

During his next season, Rodgers continued to build upon his success, passing for nearly 2,500 yards, 24 touchdowns, all while posting much higher completion percentages. During this season, Rodgers was considered a junior in college. This meant that he could either stay in college for one more season or enter into the NFL draft. He chose the latter.

Aaron Rodgers As A Professional

Once Rodgers entered his name into the draft, he quickly became one of the most highly sought after quarterbacks in the draft. This parlayed into a first round selection for Rodgers. Rodgers was widely projected to go somewhere in the middle of the first round of the NFL draft. He slipped a small bit on draft night, and was drafted with the 24th overall pick by the Green Bay Packers.

At the time, Green Bay already had a franchise quarterback in Brett Farve. Because of this, Aaron Rodgers was able to learn under the tutelage of Farve. For the first three years of Aaron’s professional career, he sat on the sidelines. However, these experiences made him a stronger person both on and off the field. After these three years of gaining knowledge, Aaron was ready to dominate.

During his first year as a full-time starter, Rodgers achieved immense success. He passed for over 4,000 yards, with 28 touchdown passes and 62 percent completion percentage.

Throughout the years, Rodgers has massively improved his game. He has consistently posted excellent statistical seasons. Aaron Rodgers statistics speak for themselves; he has achieved immense success.

The main struggle throughout Aaron’s career has been injuries. He has sustained a few injuries that have cut his season short. Rodgers has suffered two fractures of the clavicle bone. The first occurrence of this injury cost Rodgers around eight weeks of his season. The second kept him out for nearly the entire season.

Throughout Aaron Rodgers football career, there are a slew of accomplishments that he has worked for. Here is a list of some of the prominent achievements that Rodgers has attained throughout his career:

Off of the field, Rodgers has several hobbies that he partakes in on a regular basis. First of all, Rodgers is somewhat of a movie nerd, enjoying various film productions. Additionally, Aaron enjoys going to his childhood roots in baseball, playing and visiting baseball games. Additionally, Aaron occasionally watches Milwaukee Bucks basketball games to support a fellow Wisconsin team. Finally, Rodgers greatly enjoys playing golf with other professional athletes. He is an experienced golfer with some serious skill.

Here are a few of Aaron Rodgers direct family members:

Darla Leigh Pittman Rodgers: Darla is the mother of Aaron Rodgers. She was born in 1958 and currently lives in California.

Edward Wesley Rodgers: Edward is the father of Aaron Rodgers. He was born in 1955 in Texas and currently lives in California. Edward had an influence on Aaron because of his past football playing career. Edward played as an offensive lineman in college.

Jordan Rodgers: Jordan is the younger brother of Aaron Rodgers. He was born in 1988 in California. Jordan pursued a football career similar to Aaron. He played college football at Vanderbilt University. Eventually, Jordan got a chance to play in the NFL. He was a third-string quarterback and never saw real playing time. Currently, Jordan works as a professional sports broadcaster.

Luke Rodgers: Luke is the older brother of Aaron Rodgers. He was born in 1982 in California. Luke and Aaron have had a contentious relationship, although the source of the contention is largely unknown. This culminated recently when Aaron apparently did not attend Luke’s wedding.

As of right now, Aaron Rodgers is not married, but is thought to be dating. Throughout the past, Rodgers had had several relationships that fizzled out.

The first known relationship that Rodgers had was with model Julie Henderson. She and Rodgers dated for only a few months in 2009 before breaking up.

It is thought that Erin Andrews, a well-known professional sports broadcaster, dated Aaron Rodgers. It appears they had a short-lived relationship in 2010.

Next, Aaron Rodgers dated high-profile songwriter Hillary Scott. Scott performs both country and Christian music. It is believed that these two dated for a few months in 2010.

Next, Aaron Rodgers dated Jessica Szohr. Szohr is an actress and film producer. The two dated from 2011 through 2014. It is believed that this relationship was somewhat hot and cold.

The most serious girlfriend who Rodgers dated up to this point was Destiny Newton. It was even thought that Newton and Rodgers were engaged. However, this relationship only lasted a couple of years.

The most high-profile girlfriend of Rodgers was Olivia Munn. Rodgers and Munn dated from 2014 all the way until 2017. Munn is a high-profile actress.

Following his breakup with Olivia Munn, Rodgers had another short-lived stint with a girlfriend. This time, it was Kelly Rohrbach. Rohrback is an actress on several TV shows.

Finally, Rodgers newest girlfriend is Danica Patrick. As one of the most well-known women in racing, Patrick is wildly popular. The relationship between her and Rodgers seems to be going strong.

Rodgers grew up in a “devout Christian household,” which has greatly influenced his belief system. It is reported that Rodgers still holds his Christian beliefs. Whether or not he has a specific denomination is unclear at this point.

Being such a high-profile quarterback, Rodgers has made an excellent living. Here are his professional contracts, starting with his rookie deal:

2018: Most recently, Rodgers signed a four year, 134 million dollar deal to resign with the Green Bay Packers. As a note, this was the richest deal inked in NFL history at the time of the contract.

Along with Rodgers hefty contracts, he has also enjoyed a wide variety of endorsements.

Most well-known is his endorsement deal with State Farm. Additionally, Rodgers holds endorsement deals from companies including: IZOD, Adidas, Prevea Healthcare and a few others. With all of his funds taken into consideration, it is estimated that Rodgers will make around 90 million this year alone.

Although Aaron Rodgers net worth is not precisely known, it is estimated to be around 70 million. This takes into consideration his sports contracts, endorsement deals, and major purchases.

As you can see, Aaron Rodgers football career is a story of how you can go from relatively unknown to a universally known sensation. 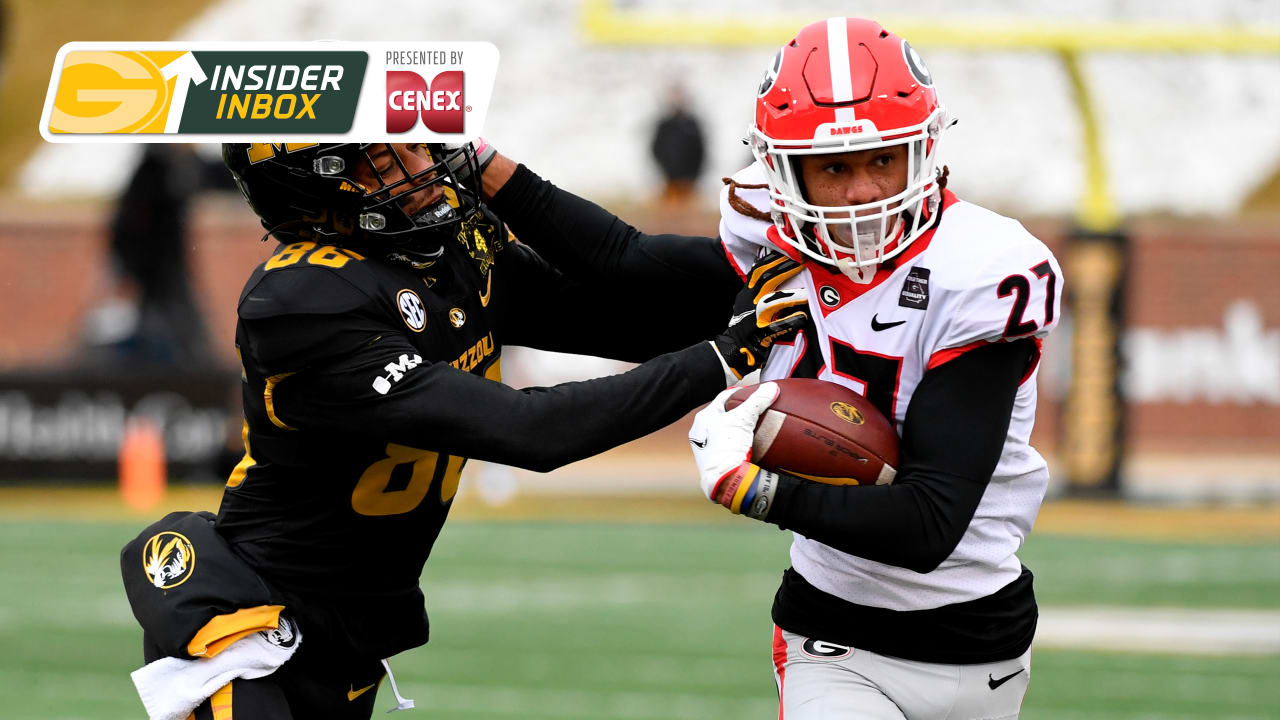 It was odd, yet somehow it worked
New Packers CB Eric Stokes can't wait to get to work 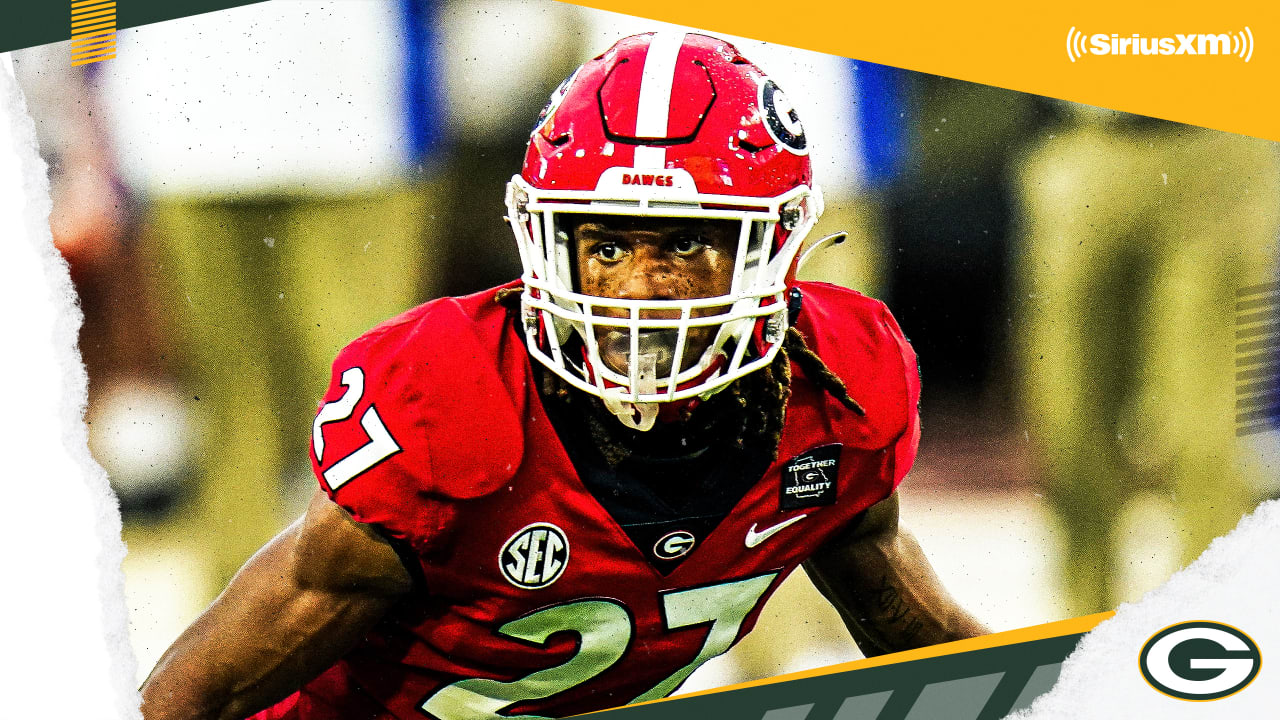 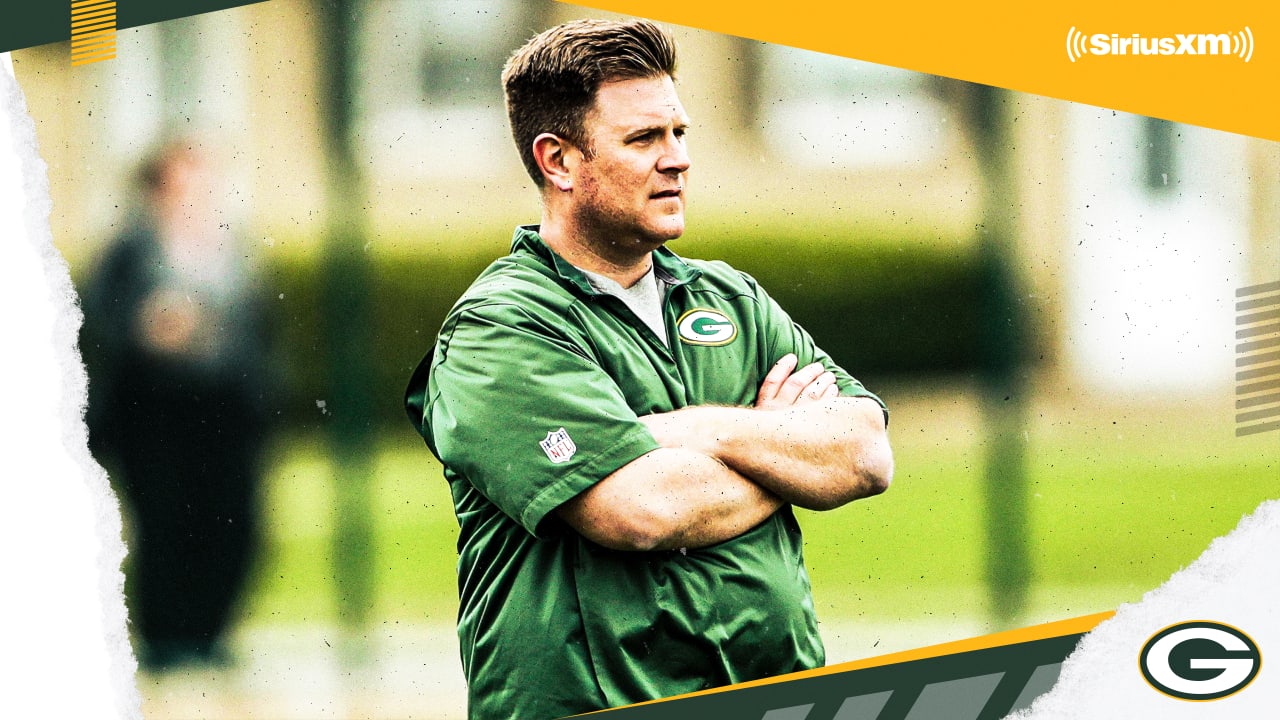 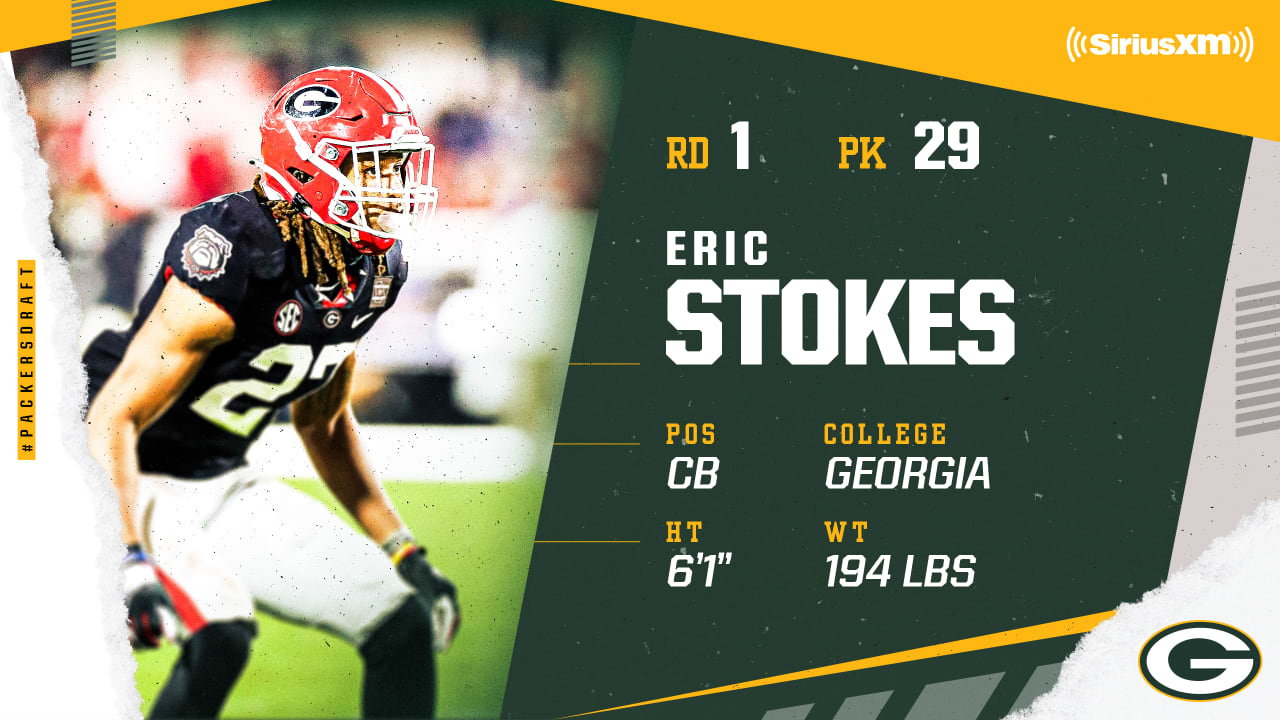 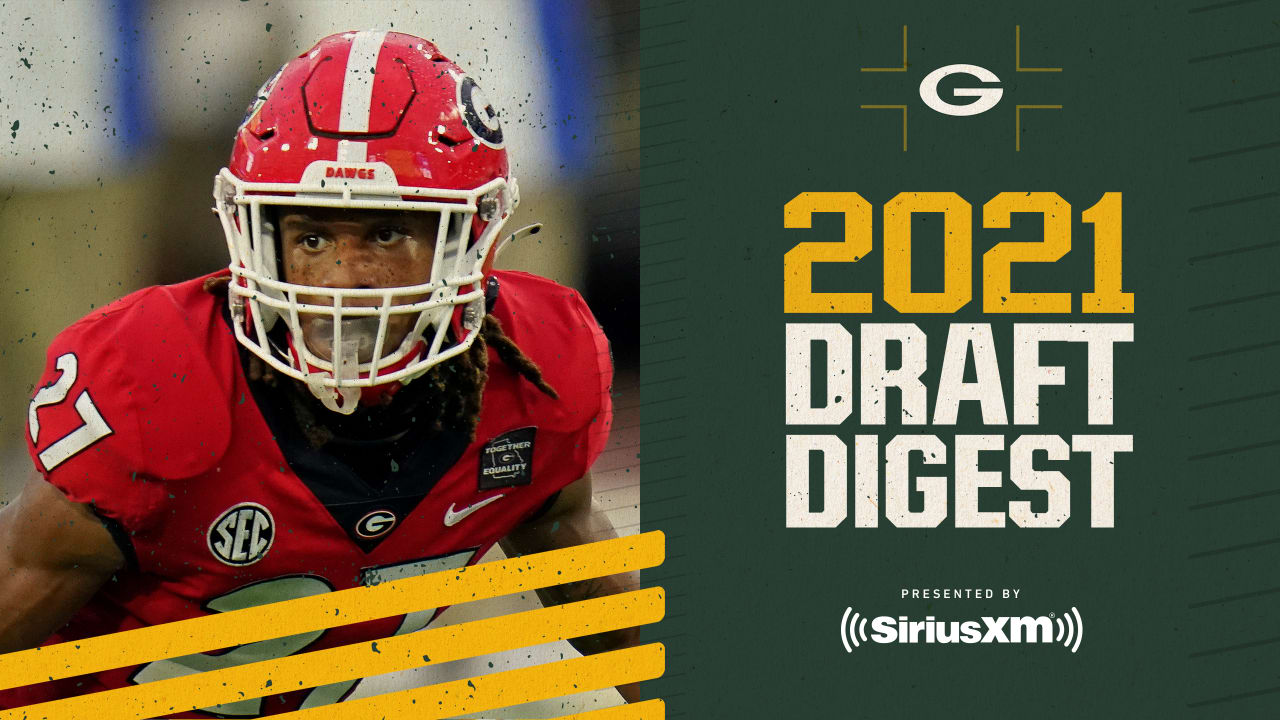